Where have I been (again)?

For the benefit of those readers who follow this blog directly via email or WordPress (and yes, I know I could have saved time by just contacting you both individually):

This summer, I’m celebrating, documenting and obsessing over my Melbourne Aces fandom at the Outside the Hangar blog. Head over there for a taste of stats-free baseball fun.

I used more than three fingers just to type this post

By now, almost everyone on the planet has seen Odell Beckham Junior’s miraculous three-finger catch. For those of you who are reading from off-world – thank you, I take my readers where I can get them, and see the link below; for the rest of you who haven’t, I seriously question your life priorities, but I guess you can click below too:

END_OF_DOCUMENT_TOKEN_TO_BE_REPLACED

Third base coaches: nerves of steel, and human calculators

­­­On Outside the Hangar recently, I’ve been writing about my experiences as a fan of the Melbourne Aces. They’ve been away on ABL duty in Brisbane this weekend, and to cheer myself up after their 3-1 series loss to the Bandits I’ve decided to write this brief piece about the perfect confluence of three things that spell happier times for me – attending an Aces game, making new friends in the stands, and seeing plenty of action on the basepaths when the ball is in play.

My new acquaintance and I, along with the rest of the fans were out of our wind-chilled seats early in the first inning of the Melbourne Aces game against the Brisbane Bandits last Sunday. With two out and runners at the corners, Dylan Cozens lined a ball to deep right field. Scott Wearne scored easily, while Kellin Deglan came flying around the bases but was held up at third by manager Tommy Thompson, who (not uniquely, at least in minor leagues, a co-Aces fan spectator tells me) pulls double duty as third-base coach: 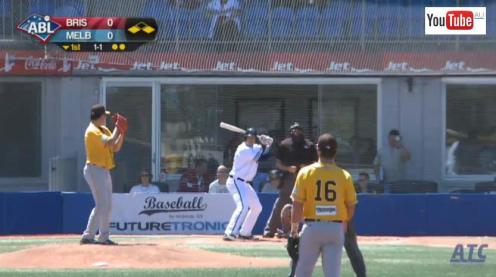 END_OF_DOCUMENT_TOKEN_TO_BE_REPLACED

One Day in September (or in February, May etc)

September is a beautiful time to be in Melbourne. Spring is slowly emerging, days are getting longer, the sunshine warmer, bees are buzzing – it’s difficult even to walk around the corner without stumbling over a cliché. To give the nice weather just a little more tingle, for AFL fans September means the final series and the glorious march to that One Day in September. 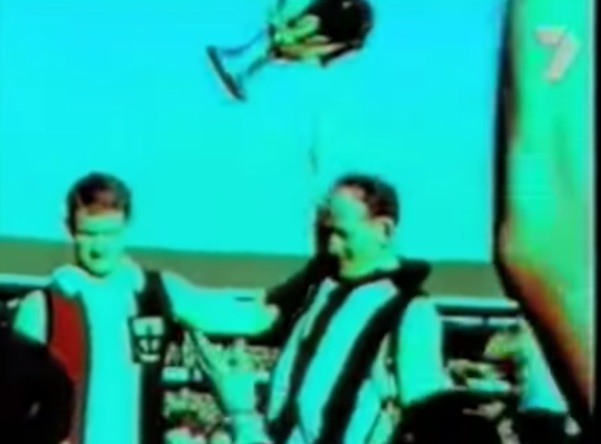 END_OF_DOCUMENT_TOKEN_TO_BE_REPLACED

Where have I been?

I haven’t been posting here much of late – I’ve been next door at the New Statsman’s companion blog, They Should Change That Rule. Drop on over to read some less maths-heavy thoughts on how to make sports fairer to play, and more fun to watch: so far there’s a post about time-wasting in multiple football codes, and how FIFA can avoid looking like a pedantic behemoth. Enjoy!